covered by agreements with PJSC Gazprom

Understanding the importance of local development for the nation, Gazprom remains in touch with stakeholders across the Group’s geography: public authorities, non-profit organizations, and communities. Gazprom continues to implement its gas infrastructure expansion program and numerous charity projects, with the Group’s employees taking active part in volunteering initiatives.

In building relations with constituent entities of the Russian Federation, the Gazprom Group relies on its Regional Policy Concept. The Group signed 81 cooperation agreements documenting its commitment to protect the environment and minimize the impact on local communities and indigenous peoples.

In the reporting year, Gazprom signed new agreements with the regions, includingNone of the documents are legally binding or require funding to be provided by PJSC Gazprom.:

PJSC Gazprom is implementing a large-scale program to support the development of St. Petersburg as its key region of operation and home to the Company’s headquarters. Seeking to fully meet local community interests, the program covers a wide range of issues, taking into account Gazprom’s key activities (gas infrastructure expansion, public transport conversion to methane, etc.). It also involves comprehensive urban improvement of the city’s historic center and extensive refurbishing projects, as well as support for culture and sports institutions. With this approach, the Company aims to ensure maximum comfort for personal development in the urban environment and promote qualitative growth of the region’s economy.

In the reporting period alone, St. Petersburg had 18 streets and squares completely upgraded, with over 80 historic streets, parks, embankments and squares renovated under the program, as well as more than 16,000 lights installed, including the newest LED lighting. Nevsky Avenue was fully equipped with LED lighting, which reduced energy consumption by a third, enabling the city to save over RUB 2 million per year.

Ahead of the 350th anniversary of Peter the Great, Gazprom has undertaken to refurbish the northern shoreline of the Lakhta Harbor and erect a memorial sign named Peter the Great Saves the Drowning near Lakhta. On top of that, the Company plans to present the Poltava Ship center for culture and history, as well as the Eco-Gallery, in addition to developing culture, leisure and sports facilities along the shoreline of the Park of the 300th Anniversary of St. Petersburg. The new infrastructure will boast signature lighting covering the city’s marine facade from end to end.

One of Gazprom’s key focus areas is gas infrastructure expansion across Russia. Availability of gas to the most remote regions of the country contributes to the people’s well-being and infrastructure efficiency while also reducing pollutant emissions.

Use of gas equipment for house and water heating, as well as for other household needs

Use of natural gas as fuel for households and farms

Reduced risk of fires due to correct operation of equipment

In 2020, gas supply and gas infrastructure expansion programs for 2021–2025 were approved by heads of 67 regions of the Russian Federation and Chairman of the Management Committee of PJSC Gazprom Alexey Miller. In 2021, added to the list was the Irkutsk Region, with the design of draft projects for 2021–2025 planned for the Republic of Tatarstan, as well as the Chelyabinsk and Kostroma Regions.

of the Russian Federation

inter-settlement gas pipelines built with a total length of over 2,700 km

(1) Gazprom Mezhregiongaz’s data. 2021 saw a major rise in the volume of design and construction work under the regional gas supply and gas infrastructure expansion programs for 2021—2025.

Federal Law No. 184-FZ On Amendments to Federal Law No. 69-FZ On Gas Supply in the Russian Federation dated March 31, 1999 passed on June 11, 2021, established the single gas infrastructure expansion operator.

To deliver against the Federal Law On Gas Supply in the Russian Federation, Gazprom Gazifikatsiya began operating under the Gazprom Group as per Instruction of the Chairman of the Management Committee of PJSC Gazprom Alexey Miller No. 01-1981 dated June 15, 2021.

By order of the Government of the Russian Federation No. 3603-r dated December 15, 2021, Gazprom Gazifikatsiya was appointed the single gas infrastructure expansion operator and assigned to 72 entities and the Sirius federal territory, as well as to regions in the Siberian and Far Eastern Federal Districts where gas production and transportation facilities of PJSC Gazprom are currently unavailable.

In the spring 2021, Russia’s Ministry of Energy, in cooperation with Gazprom Mezhregiongaz, the Russian Energy Agency of Russia’s Ministry of Energy and regional administrations, conducted inventory count and estimated the cumulative potential for additional gas infrastructure expansion to cover 3.2 million households across the regions. Their connection in 2021–2024 may require an investment worth ca. RUB 480 billion (including VAT).

To ensure financing for the additional gas infrastructure expansion, in 2021, Gazprom Gazifikatsiya reviewed 259 offers to enter into agreements submitted by gas distribution companies. Upon considering the offers, 196 agreements were signed with a total value of RUB 128.2 billion.

Gazprom’s spending in support of indigenous minorities in 2021

Indigenous minorities fall into the Local Communities group of the Gazprom Group’s stakeholders. The Group strives to preserve their original habitat and traditional way of life.

In 2021, the amount of charity spending in support of indigenous minorities grew by 14.9% year-on-year to RUB 294.74 million. The increase was due to the removal of the COVID-19 restrictions on public events.

The Gazprom Group’s projects take into account current geographies and specifics of indigenous minorities’ lifestyle. No relocation is initiated, and no relevant programs are underway.

In 2021, there were no registered violations of indigenous minorities’ rights in the Gazprom Group’s licensed areas.

The Bovanenkovskoye and Kharasaveyskoye fields developed by Gazprom Dobycha Nadym are located in the traditional settlement area of indigenous minorities of the Far North crossed by routes for nomads.

The Gazprom Group strives to observe the rights of people inhabiting this region by taking the following measures:

In 2021, Gazprom Dobycha Yamburg continued the implementation of the Cooperation Territory project to support local communities by encouraging social investment and charity and preserving the traditional habitat, way of life and cultural values of indigenous minorities. With the company’s help, the national celebrations of the Reindeer Herders’ Day and the Fishermen’s Day took place across nine localities in the region of its production operations. The participants of the events were given snowmobiles, boat motors and hard floor inflatable boats.

As part of the project, tundra people and pensioners of the Tazovsky District also received targeted aid throughout the reporting year, including assistance in hosting sports and cultural events, supplying food to tundra nomads, as well as buying New Year presents for members of the Tazovsky Division of the Yamal for Posterity! association.

Responsible for one of Gazprom’s sustainable development goals, Igor is also in charge of the Company’s most important mission to ensure uninterrupted supplies to consumers. Underground gas storage is central to this process. By late 2021, UGS active capacity in Russia had achieved all-time highs. 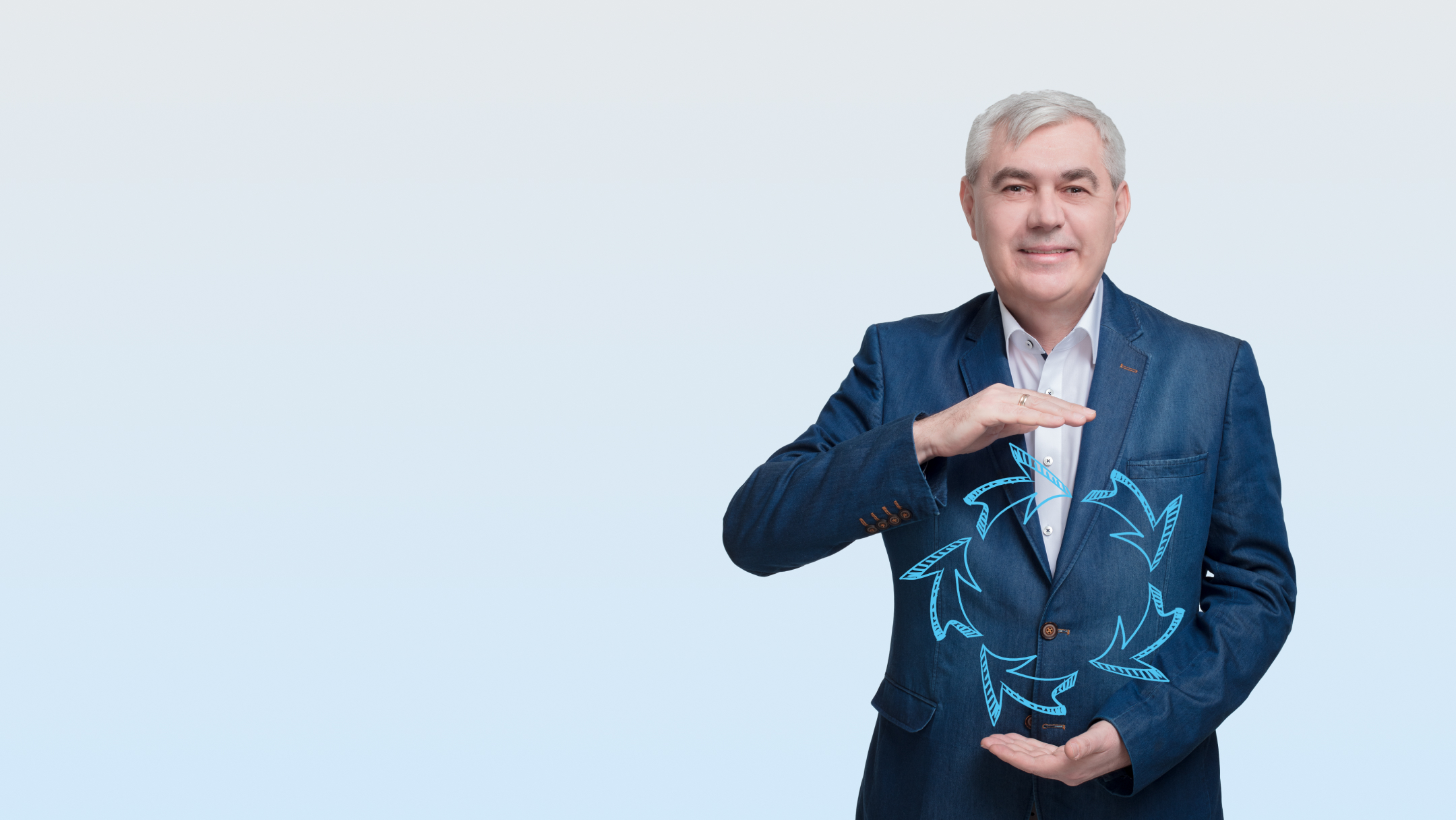 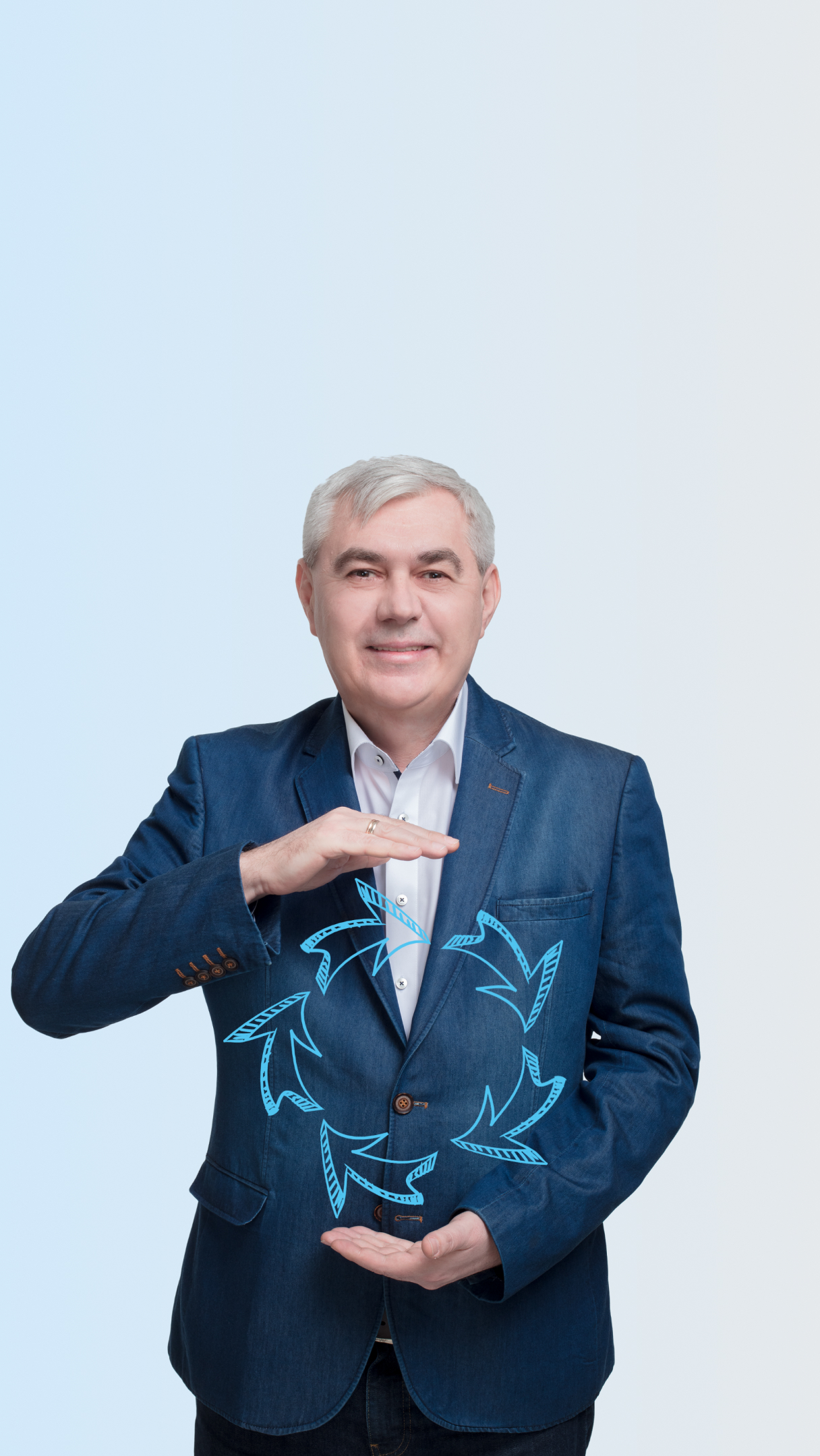