As part of the most recent climate agenda, world’s leading energy providers are reviewing their long-term strategies, choosing to reduce their carbon footprint and achieve carbon neutrality. Being a global leader in energy and an environmentally responsible company, PJSC Gazprom rises to the challenge and draws up its measurable targets and action plans to reduce greenhouse gas emissions by 2050.

PJSC Gazprom’s business model is largely in line with the global shift to a low-carbon economy, since the Company’s core operations include production, transportation, storage, processing and use of natural gas, the most lowcarbon of the existing fossil fuels.

The Gazprom Group’s carbon footprint is currently one of the lowest among major oil and gas companies, due to natural gas prevailing in its product portfolio, as well as the Group’s efforts to reduce greenhouse gas emissions.

According to the 2020 rating of the Transition Pathway Initiative (TPI), the Group’s per unit GHG emissions (64.3 g of CO2 equivalent / MJ) are significantly lower than those of other oil and gas companies.

The Group’s policy on climate management is based on the guidelines of sustainable development and social responsibility to future generations.

PJSC Gazprom’s Innovative Development Program until 2025 sets the relevant KPI targets, including in GHG reduction. The updated 2020 version of the Program has the 2018 level as the baseline.

An annual benchmark of the actual energy and environmental efficiency indicators (KPI3 and KPI4) across Gazprom’s gas operations versus the 2018 baseline shows outperformance against targets.

Up-to-date quantitative indicators for Scope 1 GHG emissions are annually submitted and consolidated across all Gazprom Group companies as part of corporate environmental reporting.

Progress against PJSC Gazprom’s climate targets is tracked in the course of the Company’s reporting activities as it prepares its Environmental, Annual, and Sustainability reports. The actual results under these targets are posted on the Company’s website and in other public sources, in addition to being submitted to PJSC Gazprom’s Coordinating Committee for Rational Use of Natural Resources.

All Gazprom Group companies perform control and accounting of GHG emissions using the same procedure, which is based on the Methodological Guidance on the Quantification of Greenhouse Gas Emissions by Entities Engaging in Business and Other Activities in the Russian FederationApproved by Order of the Russian Ministry of Natural Resources and Environment No. 300 dated June 30, 2015.

The increase in Scope 1 GHG emissions observed in 2021 had to do with the improvement in the Group’s operating results on the back of the recovery in natural gas consumption and sales following the COVID-19 pandemic, as well as with the declining production at brownfields (the launch of booster compressor stations) and pre-commissioning at greenfields. At the same time, PJSC Gazprom managed to reduce methane emissions by 40,000 tons year-on-year in 2021, which was primarily thanks to the gas saving measures taken during repairs on the linear sections of gas trunklines. Today, the Gazprom Group has one of the smallest carbon footprints among oil and gas majors. At PJSC Gazprom, methane emissions in gas production, transportation and underground storage equal 0.02% of the gas produced, 0.19% of the gas transported and 0.03% of the gas in storage, respectively.

Gazprom Group GHG emissions (Scope 3)The calculation of all possible emissions stemming from the use of the Gazprom Group products involved accounting for all the GHG emissions under the CDP (the Use of Sold Products category), and following the Methodological Guidance approved by Order of the Russian Ministry of Natural Resources and Environment No. 300 dated June 30, 2015. To assess the СО2 equivalent of fossil methane (CH4) emissions, the conversion factor of 6 was used, mmt of CO2 equivalent

The Gazprom Group has been engaging in R&D to draft sustainable development scenarios for PJSC Gazprom through 2050, given the low-carbon trends in the global economy. These activities included a comprehensive analysis of low-carbon strategies of global energy companies from among the Group’s peers and partners and creation of high-potential R&D solutions to adapt PJSC Gazprom to such low-carbon trends. The work on the sustainable development scenarios is slated to complete in 2022, and in 2023 they will serve as groundwork for PJSC Gazprom’s Climate Strategy through 2050 that will determine long-term targets and strategic approaches in GHG emission reduction. The strategy will take into account the specific nature and conditions of the national economy, key expectations and responsibilities placed on PJSC Gazprom, and low-carbon trends in the target markets.

PJSC Gazprom participates in the development of modern ways to monitor GHG emissions, which include methane. In the reporting year, experts from Gazprom VNIIGAZ, Gazprom Space Systems, and Gazprom Transgaz Moscow conducted an experiment to measure methane concentrations in the atmosphere following gas release at PJSC Gazprom’s production facilities. The measurements were done in the surface-layer atmosphere using spacecraft-mounted satellite gas analyzers.

The following initiatives are in place to reduce methane emissions:

Despite there not being any mandatory requirements, the Gazprom Group companies follow the recommendations of the TCFD in their strategic planning, corporate governance, risk assessment, and disclosures in terms of corporate reporting. The Group discloses information on climate risks and opportunities that may affect its financial standing.

As part of the CDP and based on TCFD recommendations, a financial impact assessment has been carried out regarding climate change processes and climate riskrelated costs. In 2021, PJSC Gazprom’s climate protection expenses amounted to RUB 4.5 billion.

For more details on the financial implications and other risks and opportunities due to climate change as disclosed under TCFD recommendations, see Appendix 4.

Globally, hydrogen energy is considered as one of the key areas for implementing decarbonization programs and achieving carbon neutrality.

PJSC Gazprom identified priority areas for the development of hydrogen energy based on natural gas:

There are projects in progress aimed at developing innovative technologies for hydrogen production from natural gas without CO2 emissions based on plasmadriven methane pyrolysis, methane pyrolysis in molten metal, and a project for the production and use of methane-hydrogen mixtures for internal energy needs. Studies of optimal ways of hydrogen transportation are underway. The Company is also considering the use of carbon dioxide capture technologies for conventional hydrogen production from natural gas.

In 2021, to create and pilot innovative low-carbon technologies in production, storage, transportation and use of methane-hydrogen mixtures and hydrogen produced from natural gas, we set up a dedicated unit, Gazprom Hydrogen, which functions as a design office.

PJSC Gazprom’s Coordinating Committee for Rational Use of Natural Resources established an expert group named "Development of Hydrogen Energy and Decarbonization of the Industry and Transport Using Natural Gas".

During the reporting year we implemented the following Road Map activities:

We actively cooperate with Asia-Pacific countries in the field of hydrogen energy and decarbonization of industry and transportation using natural gas.

Expanding the Russian NGV fuel market is one of PJSC Gazprom’s key sustainable development projects. PJSC Gazprom’s gas filling network is present in 63 constituent entities of the Russian Federation across eight federal districts. Gazprom Gazomotornoye Toplivo, the single operator representing the Gazprom Group in the development of the NGV fuel market in Russia, manages the largest retail network of gas filling facilities and controls over 70% of methane consumption as a motor fuel. The operation of NGV vehicles can significantly improve the environmental situation on a national scale.

The use of natural gas in transport also improves air quality with harmful emissions reduced three and six times as compared to diesel and gasoline, respectively. Emissions of the substances most detrimental to people’s health — solid particles — are almost completely absent.

According to Gazprom Gazomotornoye Toplivo calculations, public transport and municipal vehicles in St. Petersburg emit an average of 28,000 tons of pollutants a year. This accounts for about 6% of total pollution produced by vehicles in the city.

Thanks to transition to NGV fuels, total pollutant emissions by municipal and public vehicles will decrease by 18,900 tons per year (4%), while emissions of solid particles will shrink by around 300 tons (28%) annually. According to experts, the potential reduction of economic costs borne by the Government of St. Petersburg in implementation of the proposed measures totals around RUB 5.8 billion a year.

Transitioning these means of transport to methane will annually save dozens of people from premature death from cardiovascular, respiratory and cancerous diseases. Financial savings of the compulsory health insurance program from the conversion of the entire fleet of public transport and municipal vehicles in St. Petersburg to gas will total RUB 155.8 million a year. 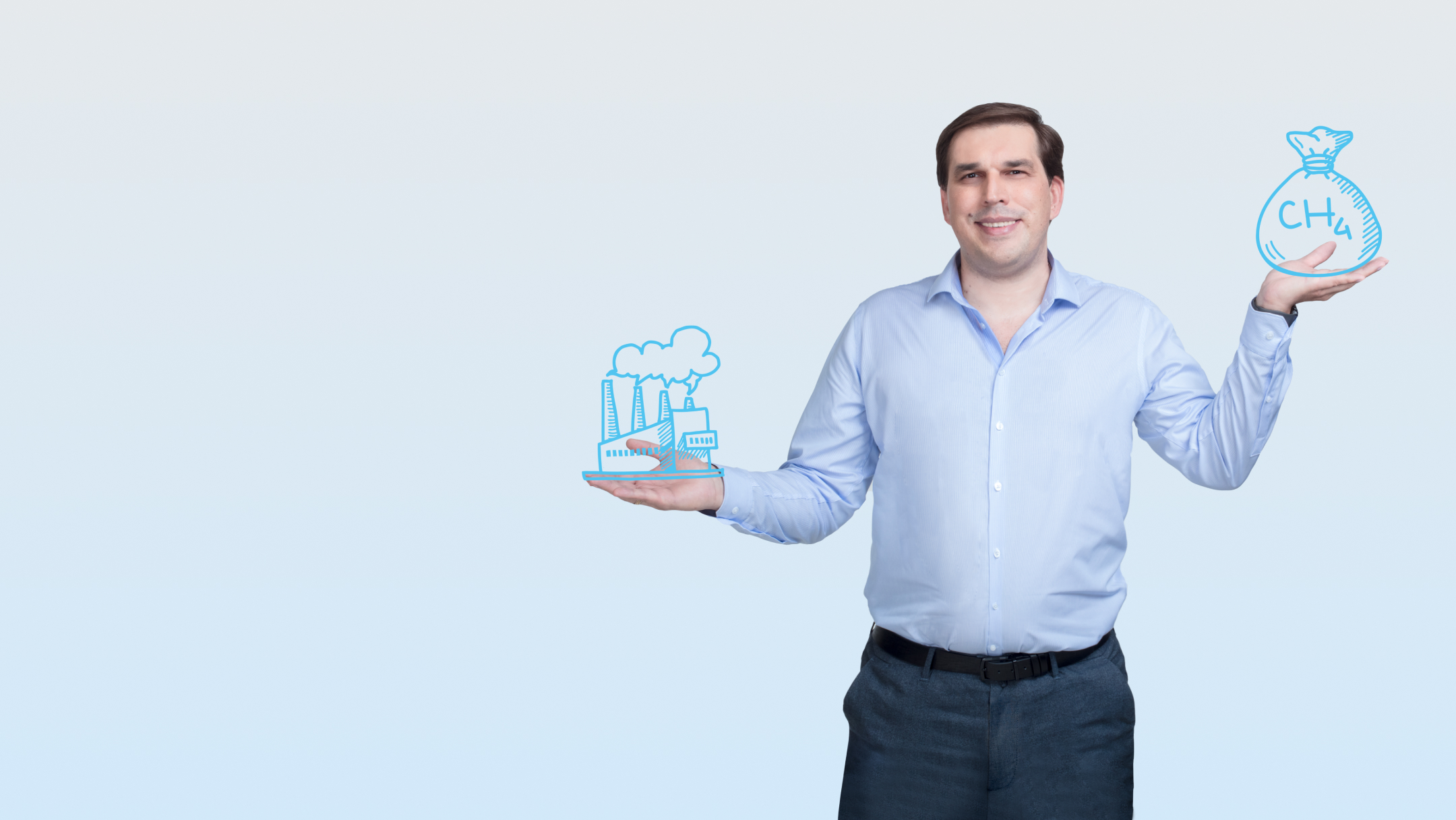 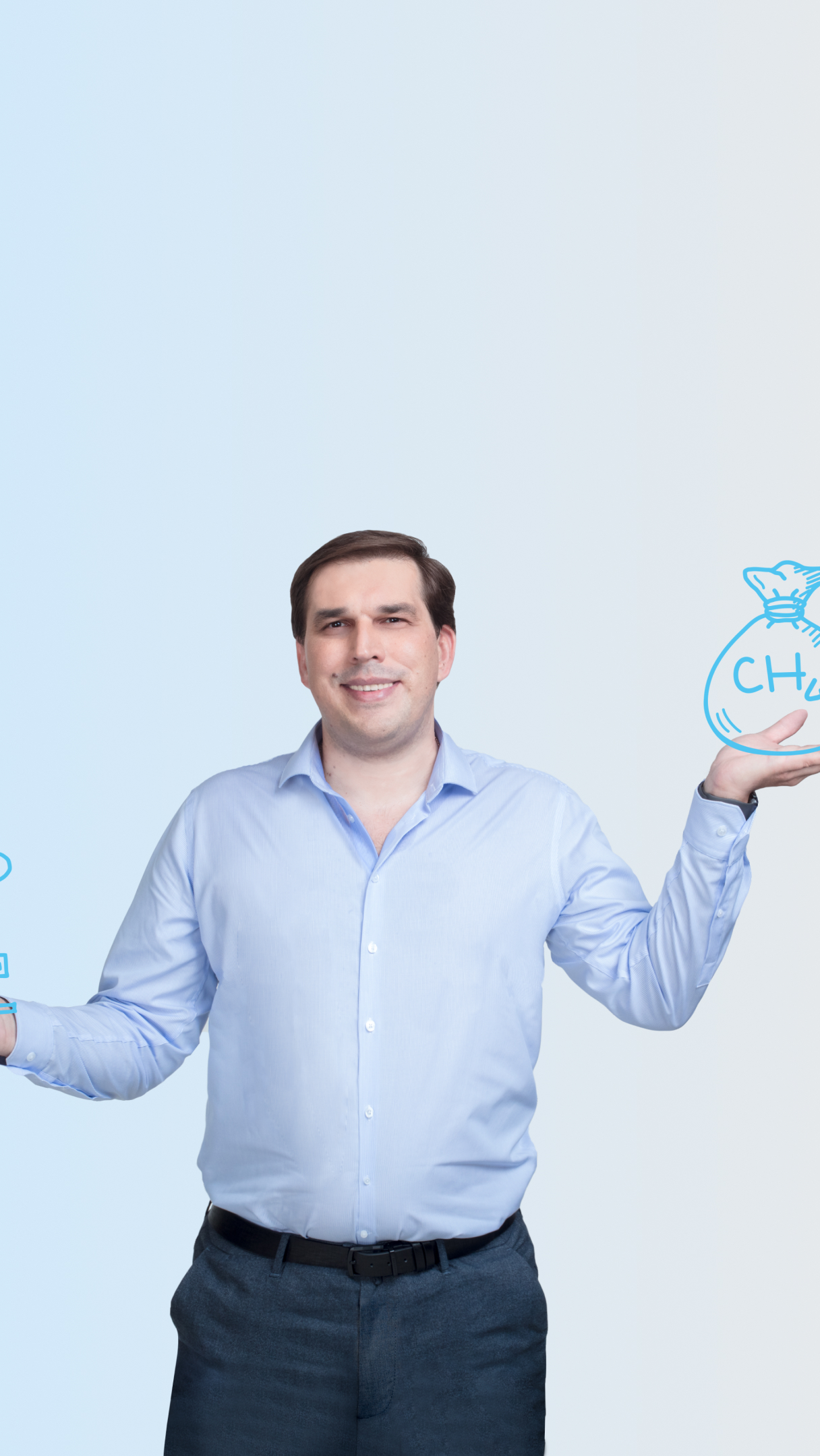 As an environmentally oriented global energy company, the Gazprom Group is committed to conserving energy resources and enhancing the energy efficiency of its operations.

Improving energy efficiency is one of our priorities that underpins the Group’s technological advance, limits potentially negative impacts associated with climate change and enables us to consolidate the economic efficiency of our operations. Activities to improve energy efficiency rely on federal legislative requirements, the principles of rational use of resources, and the obligations set forth in the Energy Efficiency and Energy Saving Policy of PJSC GazpromApproved by resolution of the Management Committee of PJSC Gazprom No. 39 dated October 11, 2018.

The Gazprom Group is committed to improving energy efficiency throughout the life cycle of its production facilities. All investment projects to construct and reconstruct the Group’s facilities undergo expert review for compliance with requirements, including those related to energy efficiency.

PJSC Gazprom is the only Russian company that boasts its own environmental and energy inspection bodies in charge of monitoring the compliance of its subsidiaries and contractors with legislative requirements, corporate standards and regulations on energy saving and environmental protection, and ensuring corporate control over energy consumption efficiency.

The Program’s short-term priorities include lower natural gas and electricity consumption associated with compression and prevention of gas bleeding during repairs at UGSS facilities.

To achieve the Program targets, the Group will do the following:

The target is to reduce specific consumption of fuel and energy for trunkline needs (under comparable operating conditions) by 12% by 2024 and by 17% by 2035 versus the 2018 level.

In 2021, the Group consumed much more solar energy due to the commissioning of additional solar power capacities. The increased consumption of energy produced by hydro power plants became possible due to structural changes in energy supply.

The Group sees a steady decline in the specific consumption of natural gas for internal process needs during transportation.

In 2021, product transportation volume increased by 11.4% versus 2011, while the specific consumption rate was 16.7% lower due to achieved energy efficiency improvements. Slower reduction in specific consumption of natural gas relative to 2020 is due to the growth of all production indicators, which required the utilization of additional gas transmission facilities.

The Energy Saving and Energy Efficiency Improvement Program of PJSC Gazprom sets out key relevant measures for all types of activities with a focus on enhancing (maintaining) the energy efficiency of production processes and reducing fuel and energy consumption, including by minimizing energy losses.

PJSC Gazprom leverages technologies that have proven to be highly effective:

One of the most successful energy-saving projects is installing MCSs to prevent methane release during gas trunkline repairs. In 2021, this technology was widely used at all gas transportation subsidiaries, making it possible to achieve targets for the year and additionally save more than 1 bcm of gas in 2020–2021.

A set of energy saving measures taken in the reporting year helped PJSC Gazprom prevent the release of 1.91 bcm of natural gas (31.39 mmt of СО2 equivalent).

To accelerate the introduction of new energy-saving technologies and relieve CAPEX burden, PJSC Gazprom is actively working to attract more investments under energy service agreements. Currently, the following large-scale projects are running based on the energy service concept:

Total investments in these most significant projects exceed RUB 6 billion, with the economic effect for the Group expected to reach almost RUB 27.5 billion throughout the equipment life cycle.

As the scope of data collection expanded in the reporting period, the approach to converting electricity savings from kilowatt-hours to joules changed (a direct approach with 1 million kWh equaling 0.0036 GJ was applied). To account for the change, the indicators for the periods preceding the reporting period were retrospectively recalculated.

For more details on fuel and energy savings, see Appendix 4.