Gazprom takes a set of special measures to minimize the adverse impacts of its production processes on land and water resources, protect the atmosphere, preserve biodiversity, and reduce industrial waste.

Efficient water resources management is part of the measures taken to implement the Environmental Policy of PJSC Gazprom, which facilitates cooperation with local communities, the government and investors. The Company’s facilities each have a water management system in place. A water supplier in certain Russian regions, Gazprom is responsible for providing local communities with clean water. In a number of cases, the Group receives wastewater under contracts with external parties, which prompts the Company to pay even closer attention to non-production wastewater discharges.

The main goal of PJSC Gazprom in water resources management is to discharge less water into surface water bodies and improve wastewater treatment. As required by the applicable laws, the Company measures and monitors the wastewater quality (including temperatures) to make sure it meets the regulatory requirements at every production facility. PJSC Gazprom’s Comprehensive Environmental Program for 2020–2024 envisages a set of measures to reduce the share of excess discharges into surface water bodies to 4%.

In water resources protection, the EMS of PJSC Gazprom sets the Corporate Environmental Target for 2020–2022 to achieve a lower share of polluted and insufficiently treated wastewater discharged into surface water bodies than the 2018 baseline level of 5.29%. The status of achieving the Corporate Environmental Target is evaluated annually. In 2020, the target was achieved at 4.95 p.p. below the baseline.

In 2020, the Company completed the “Water of Life” Water Resources Utilization System Development Program of PJSC Gazprom for 2016–2020.

The Gazprom Group companies withdraw water from surface and subterranean sources solely in accordance with the effective legislation and pursuant to water use agreements and extraction licenses, without causing any significant impact on the environment. None of the regions of the Company’s production operations are classified as areas with water stress.

In 2020, the Gazprom Group companies withdrew (received) 3,236.63 mcm of water for water supply purposes, which is 17.5% less than in 2019. Gazprom Energoholding accounts for around 90% of the total annual water withdrawal. PJSC OGK-2, a subsidiary of Gazprom Energoholding, withdrew 23%, or over 650 mcm, less water in 2020 than a year ago as electric power generation reduced by 19%.

Natural sources account for 90% of the Group’s water withdrawal, with the shares of surface water bodies and underground water sources at 97.2% and 2.8%, respectively. The Group’s water consumption structure by types of sources depends upon specific features of production operations and locations of the facilities.

Gazprom Energoholding accounts for 90% of the Gazprom Group’s water consumption and 97% of its water discharges into surface water bodies, while the Group’s gas business accounts for a mere 1.8% of the latter (including 0.9% at PJSC Gazprom).

Water consumption for internal (production) needs was as follows:

For more details on the Gazprom Group’s 2017–2020 water discharge trends by destination, including breakdown by treatment method, see Appendix

For more details on the formation water produced by the Gazprom Group, see Appendix

Geological exploration, drilling, hydrocarbon production, and the construction and use of pipelines and other facilities cause land disturbance and pollution. The Gazprom Group follows the required remediation and rehabilitation procedures to put the disturbed or polluted land back into economic use. The Gazprom Group companies use land in ways that ensure preservation and restoration of soils’ fertility and environmental functions.

In the reporting year, the Gazprom Group companies disturbed 23,850 hectares of land, 4% more than in 2019. The 2020 increase was mainly attributable to geological exploration and seismic surveys at PJSC Gazprom’s assets. In places where these activities had been completed, the lands were remediated, including those disturbed or polluted in previous years. The remediation covered a total of 15,840 hectares.

Gazprom takes comprehensive measures to enhance the reliability of pipeline systems, which has a positive impact on the preservation of soils and other components of the natural environment.

Land-related impacts are not an acute environmental issue for the Group, with remediation taking place as necessary and in due time.

For more details on the restoration of disturbed and polluted lands, see PJSC Gazprom Environmental Report 2020

The structure of the Group’s emissions is determined by the specifics of the production activities of PJSC Gazprom and other gas business companies. The main pollutants in Gazprom’s gross emissions are hydrocarbons (including methane), carbon monoxide, nitrogen oxides and sulphur dioxide. Solid emissions come mostly from Gazprom’s energy segment, while volatile organic compounds are commonly associated with the Gazprom Neft Group and gas business companies.

Sulphur dioxide and hydrocarbon emissions decreased the most because of natural gas replacing coal in the fuel mix of Gazprom Energoholding’s generating facilities, lower volumes of gas transported, and initiatives related to gas saving (employing mobile compressor stations during maintenance works at trunklines, using distribution stations to deliver gas to consumers, blowing natural gas from the section under repairs into an active pipeline, and using gas from a compressor shop’s process pipelines for internal needs). 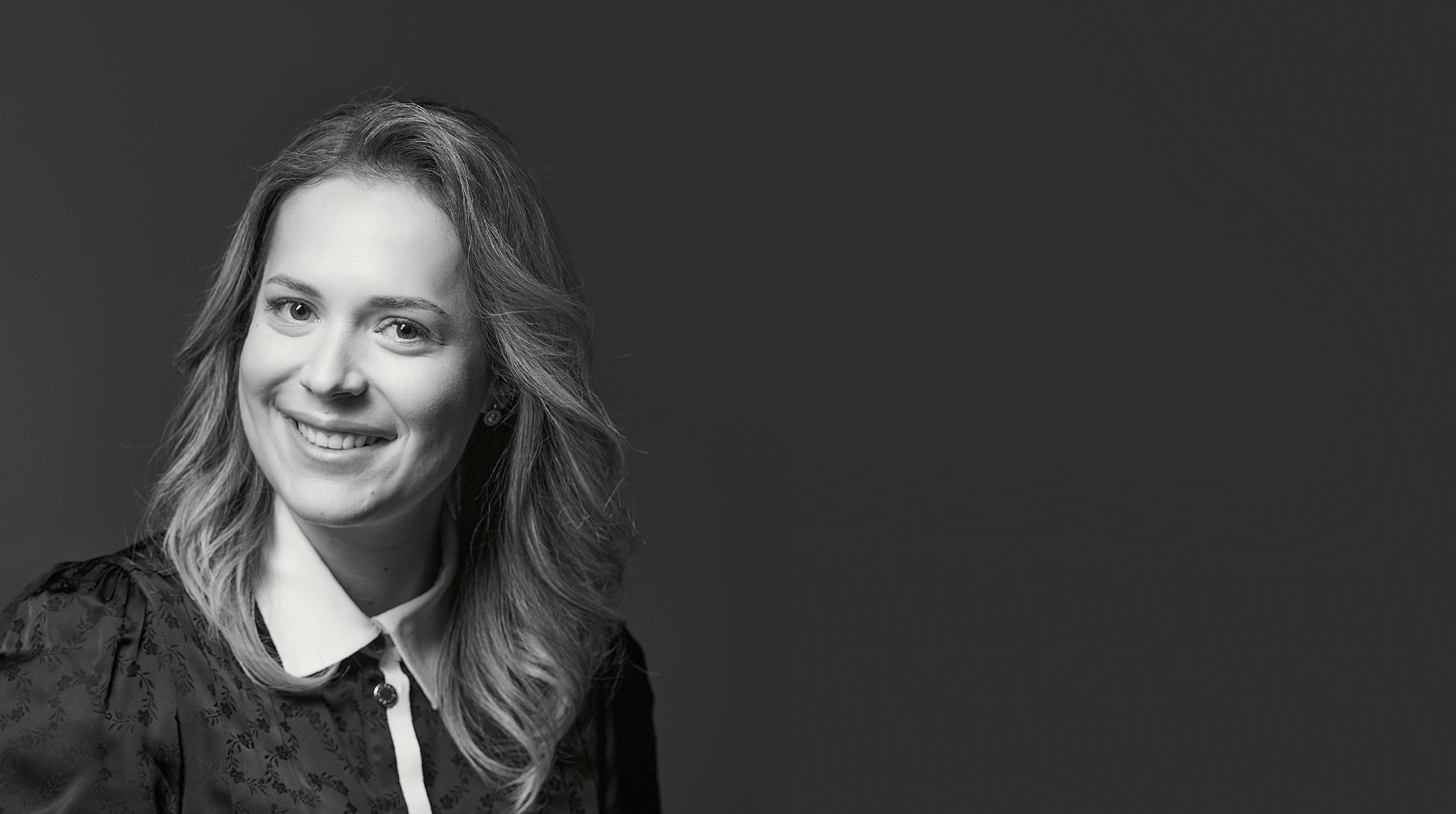 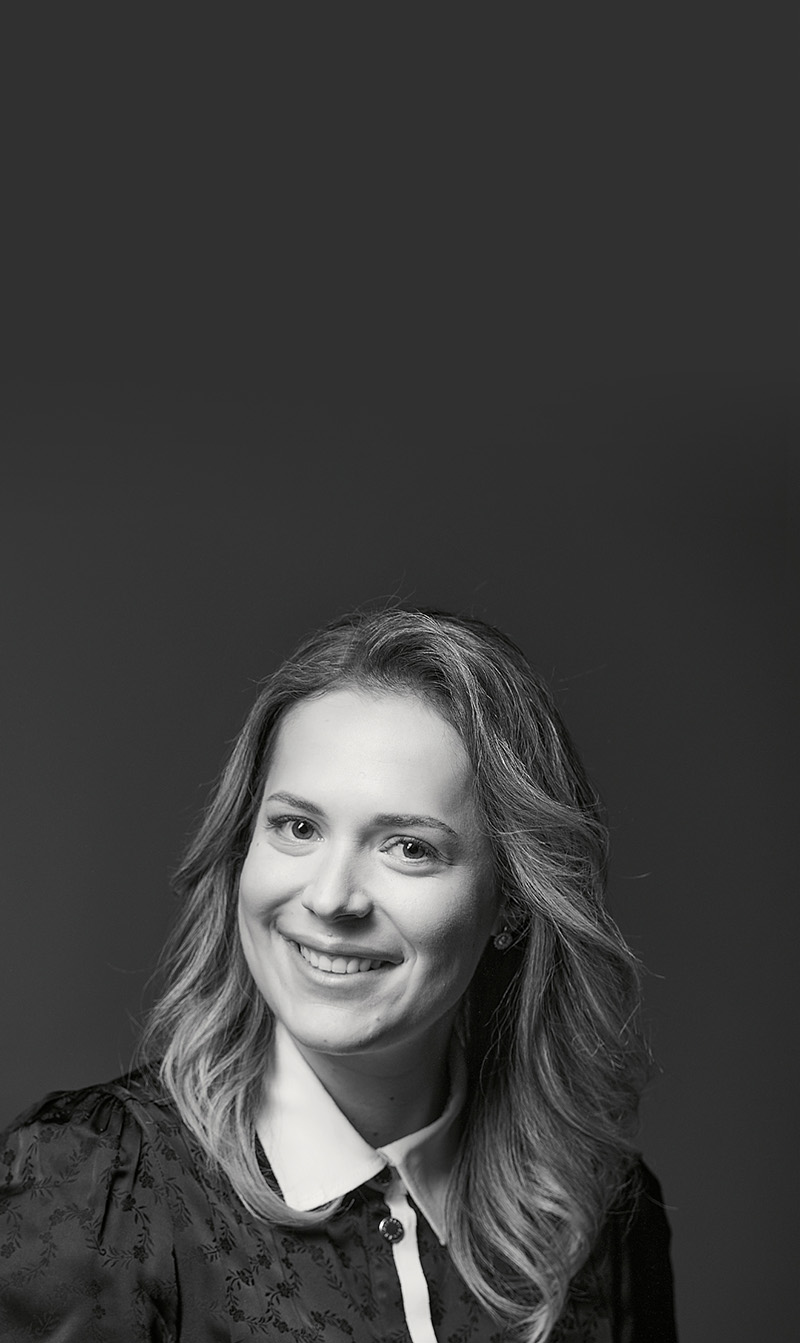 The Company has been adopting the latest production practices related to the best available and innovative technologies aimed at minimizing waste generation and burial and increasing the share of waste sent for recycling.

At the Gazprom Group, most of the waste is bottom ash waste of Gazprom Energoholding (solid coal combustion products generated by TPPs), as well as drilling waste and oil sludge mainly generated by oil and gas production and processing facilities.

The majority of waste belongs to the low-hazard and almost non-hazardous categories. Beyond the use of production facilities, waste generation is also driven by construction and repairs.

In accordance with the Environmental Policy, PJSC Gazprom assesses risks while planning its activities or implementing its investment projects and controls the activities of contractor companies, including waste handling. In 2020, over 948,800 tons of waste was generated by contractor companies involved in capital construction (investment) projects, with 75% recycled or neutralized.

During the procurement stage, bidders are checked for availability of documents certifying their environmental compliance (including licenses for handling every type of waste) and the equipment and technical infrastructure for handling the Group’s waste. Every contract sets out compliance obligations, including those related to the Environmental Policy of PJSC Gazprom. The Company’s Environmental Inspectorate is among those who regularly monitor the handling of waste produced by contractor companies at the Group’s construction sites.

All Group companies have implemented sorting procedures for waste of Hazard Classes I–V, which helps reduce the share of dumping. Waste that may not be buried is handed over for recycling or neutralization.

To reduce the share of waste sent for burial, the Group optimizes its waste treatment activities, adapting them to regional specifics, and leverages the best available technologies in waste disposal and neutralization.

For the block diagram of waste handling at the Gazprom Group, see Appendix

In 2020, the Gazprom Group companies produced 3,229,830 tons of waste, which is 3.2% less than in 2019, as Gazprom Energoholding replaced coal with natural gas in its fuel mix, thus reducing the generation of Hazard Class V bottom ash waste by 20%.

The reporting year saw the share of recycled and neutralized waste at the Group increase to 0.61 t/t from 0.56 t/t in 2019.Bottom ash waste of Hazard Class V not included in the Group’s waste generation and handling volumes.

Under the legislation of the Russian Federation, all waste across the Gazprom Group is classified as hazardous (Hazard Classes I–V).

For more details on production and consumption waste neutralization and disposal by the Gazprom Group, see Appendix

For more details on production and consumption waste management at the Gazprom Group, see Appendix

According to the environmental hazard classification, the bulk of the Gazprom Group’s waste belongs to class IV (low-hazard) or class V (almost non-hazardous) and is typically either recycled or handed over for safe placement. These two classes account for 47% and 46%, respectively, of the total waste generated by the Group.

Class I and II waste is handed over for neutralization or recycling. Its share is 0.03%.

Class III is represented, inter alia, by some of the oil-contaminated waste (that with a share of petroleum products greater than 15%).

Oil-contaminated waste accounts for nearly 9.5% of the total waste generated by the Group and is handed over for neutralization or recycling.

Chief Offshore Inspector, PJSC Gazprom; has actively contributed to the development of measures for protecting wildlife and marine biodiversity on the continental shelf, as well as to the provision of accident-free operation of marine machinery and equipment and enhancement of the respective regulatory environment. 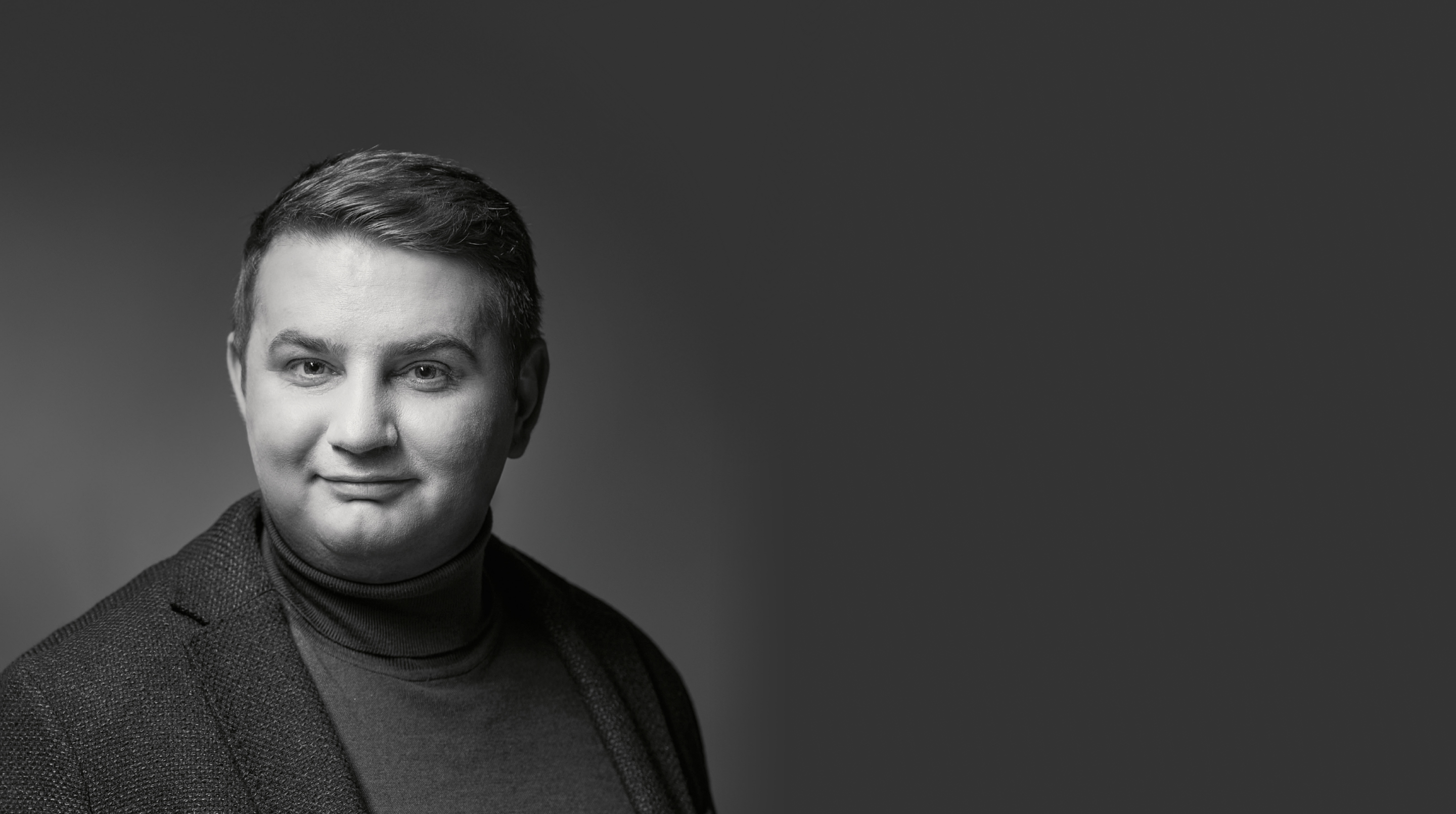 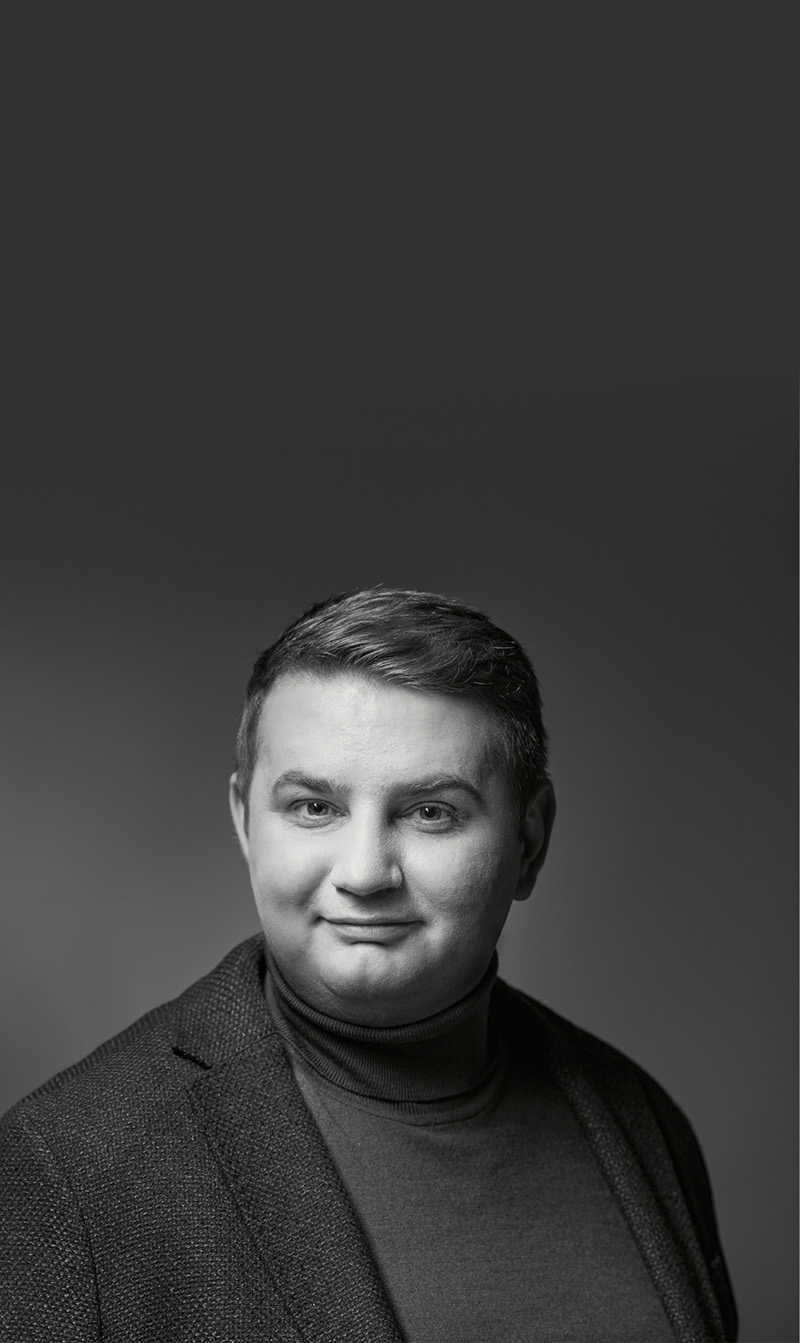 For more details on drilling waste generation and management at the Gazprom Group in 2017–2020, see Appendix

was allocated by the Gazprom Group for the preservation of biodiversity, protection of designated natural areas, as well as protection and replacement of fish reserves in 2020

were released into water bodies in 2020

The Gazprom Group companies greatly contribute to international, Russian and local programs on plant and animal life protection in their regions of operation. Strict compliance with environmental laws and standards, care for the environment, and prevention of damage to marine and terrestrial ecosystems are all preconditions for the projects of Gazprom.

The Group seeks to minimise any and all adverse impacts by:

To avoid disturbance to the well-being of river and sea inhabitants, the water intake facilities of the Gazprom Group companies are equipped with fish protection devices. To preserve protected animal species and perform works safely, the Company takes a set of measures, such as the setting of corridors and speed restriction for marine vessels, determination of safe distances from marine mammals to be observed, and obligatory presence of observers onboard to mitigate the risk of possible collision.

To track biodiversity preservation efforts and assess their efficiency, the current monitoring results are compared against the data obtained in previous years, as well as against the values of the same type observed in the control area which is not affected by the production facilities.

PJSC Gazprom subsidiaries provide financing to the projects implemented in the Arctic in collaboration with the Russian Geographic Society, including the monitoring of island ecosystems and the preservation of populations of rare marine mammal species and the polar bear within the designated conservation areas in the north-eastern part of the Barents Sea.

The reporting year saw the following fieldwork performed in the Arctic zone:

The research and monitoring did not identify any significant changes in the ecosystems and confirmed that the Company’s operations bear no negative impact on the Arctic biodiversity.

Nordmann’s greenshank is one of the rarest and least studied bird species in the world whose population is exceptionally small. It is on the International Union for Conservation of Nature (IUCN) Red List of Threatened Species (Russia, Sakhalin Region). Gazprom Dobycha Shelf Yuzhno-Sakhalinsk LLC conducted research that yielded information on the state of the Nordmann’s greenshank population, its habitats, feeding and nesting grounds in the areas near the mouths of the Orkunyi, Chyornaya, Nabil and Vazi rivers, as well as on a number of limiting factors that affect the Sakhalin population of the bird.

The Gazprom Group’s facilities are located, inter alia, in or near environmentally vulnerable and designated conservation areas (DCAs). In particular, these include:

The Gazprom Group’s OECM programs include environmental monitoring of designated conservation areas or sites with a special environmental status located on the territories potentially affected by the Group’s entities.

To track biodiversity preservation efforts and assess their efficiency, the current monitoring results are compared against the data obtained in previous years, as well as against the values of the same type observed in the control area which is not affected by the production facilities.

The Group performs its activities in DCAs in full compliance with the national environmental protection legislation and land use terms and conditions specified for a relevant DCA.

The reporting year saw no significant direct or indirect impact of the Group entities’ operations on vulnerable ecosystems and biodiversity.