Gazprom actively supports a variety of projects in the realm of culture and arts. Since 2007, the Group has been providing financing for the restoration of the Chinese Palace which forms part of the palace and park ensemble of Oranienbaum and is recognized as a World Heritage site by UNESCO. Over these past years, the restoration team has made significant progress, with ten interiors of the Chinese Palace fully restored and opened to visitors in 2019.

In 2019, the palace and park ensemble of Oranienbaum and the Chinese Palace (part of the Peterhof State Museum-Reserve) were declared winners in the Best Restoration Project of the Year category at the 7th edition of The Art Newspaper Russia annual award.

Since 2015, PJSC Gazprom and the Tsarskoe Selo State Museum and Heritage Site have been working together to restore the Resurrection Church of the Catherine Palace; these joint efforts continued in the reporting period. In April 2019, the church was opened to visitors. After that, the project moved forward to a new stage of works — restoration of a painted ceiling piece and 65 church icons slated for completion in 2021. Apart from that, the works on the restoration of interiors were completed in the Lyons Hall of the Catherine Palace. 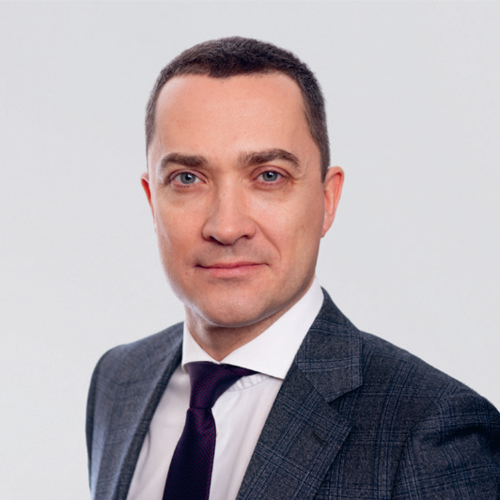 What was the amount of funds allocated by Gazprom for restoration purposes at Tsarskoe Selo?

PJSC Gazprom donated over RUB 1 billion to renovate the Resurrection Church of the Catherine Palace. Around RUB 86.8 million of this amount were saved by the Tsarskoe Selo State Museum and used to reconstruct the interior of the Lyons Hall by restoring a painted ceiling piece and lapis lazuli mosaic panels, ordering and setting up textile wall covers and window drapery, and purchasing curtain braids and adornments.

How has the life of the Catherine Palace changed after the restoration and opening of the Lyons Hall? How much has the number of tourists increased?

More than 100 professionals from different fields of expertise took part in the restoration of the Lyons Hall, including stonemasons, metalwork experts, painters, and textile specialists. They performed a vast amount of technically challenging tasks. It was thanks to their remarkable skills that 74 years after World War II the Lyons Hall, that was once a private suite of Catherine II, reopened to visitors.

Were experts working on the project exclusively from Russia? What makes this restoration project unique?

The Lyons Hall was decorated with unique French bouton d’or silk. The fabric was lost during the war, with only small specimens having survived. Surprisingly enough, we found out that Manufacture Prelle in Lyons, the successor of the textile manufactory that worked for the Russian Imperial Court, had preserved books with old orders. We were therefore happy to entrust experts from Prelle with the restoration of textile decorations. Manufacture Prelle did an astonishing job, producing 320 meters of bouton d’or silk in a relatively short span of time. The French ENGIE Foundation, our old-time partner, provided financing for the order.

The restoration of the Catherine Palace’s interiors is an important historical event, which, among other things, contributed to the promotion of cross-border cooperation in the realm of culture and strengthened ties between the leading experts of Russia and France.

Is Gazprom planning to continue cooperation with the Tsarskoe Selo Museum? And with other museums of St. Petersburg, for that matter?

Reconstruction of the Resurrection Church and Lyons Hall served as a starting point for the next joint project of PJSC Gazprom and the Tsarskoe Selo State Museum and Heritage Site entitled Private Space of Catherine II. Eight rooms in the Zubov Wing of the Catherine Palace (the Chinese and Domed Halls, Mirror and Silver Studies, Bedroom, Blue Study (Snuffbox), Raphael Room and Dressing Room) are expected to undergo renovation from 2019 to 2023. All of these suites provide fine examples of classicist interiors, with stained glass, gilt bronze, silver and faience plaquettes that were lost during World War II used in the room decoration. The amount of funding will be RUB 636 million.

Additional funds will also be allocated for new restoration projects in the Lyons Hall, including inlaid door panels, mirrors and fireplaces with sculptures and candle trees to be recreated by 2021.

We also collaborate with other museums. Since 2009, Gazprom has been the permanent partner of the Peterhof State Museum-Reserve, contributing to the preservation of Oranienbaum’s Chinese Palace, a unique monument of the Russian 18th century architecture. Ten halls of the palace have already been restored and opened to visitors, with restoration works in seven more halls expected to be completed in December 2024.

In 2019, Gazprom supported the initiative of the State Russian Museum to start full-scale restoration of Holy Rus, one of the most significant Russian paintings created by Mikhail Nesterov at the turn of the 20th century, and allocated RUB 3.8 million for these purposes.

Assistance provided by Gazprom Transgaz Saint Petersburg LLC enabled the National Underwater Research Center to continue in 2019 its efforts focusing on the research and preservation of underwater architectural heritage in Russia. Artefacts recovered from the seabed were used to compile a collection of 17th century European household items entitled Contraband. Three Centuries Underwater. It was exhibited at the Headquarters of the Russian Geographical Society, National Defence Management Center of the Russian Federation, and Central Naval Museum. Among discovered items dating back to the times of Peter the Great are a number of unique 17th century artefacts that are now housed in the State Hermitage Museum.

In 2019, in an effort to expand the geography of cultural cooperation, Gazprom EP International sponsored The Sound of a Beautiful Past, an exhibition of Russian porcelain in the Vietnam National Museum of History. The event was arranged by the joint efforts of the State Hermitage Museum and the Vietnam National Museum of History, with significant contributions made by the Russian Imperial Porcelain Factory and the Vietnamese Gom Chu Dau Ceramic Plant. The exhibition became one of the cultural highlights of the Vietnam-Russia Cross Year in 2019–2020.

In 2019, the Gazprom Group companies also provided support to the following culture and arts projects:

One of major cultural projects supported by the Gazprom Group was the historical and geographical reconstruction of the ancient route from Mangazeya-on-Taz to New Mangazeya (situated on the Turukhan River) via a system of rivers, lakes, and portages. As part of the reconstruction effort, more than 30 lectures, meetings and press conferences were held. Moreover, Portage of Yerofey Khabarov, a full feature documentary, was shot to be premiered at the 7th edition of the Pristine Russia festival.

How did the construction of Power of Siberia contribute to advancing the archaeological and cultural heritage of Russian regions?

During the implementation of the Power of Siberia project, we performed the work required to identify archaeological and cultural heritage items in a territory with a total area of over 60,000 hectares. PJSC Gazprom’s expenses under this initiative amounted to some RUB 326 million.

As a result, ten heritage sites were identified along the trunk gas pipeline route to be included in the state register. In order to preserve them, the location of some of the structures under design was changed.