(1) Under contracts of Gazprom Export LLC.

The Gazprom Group supplies gas to 68 constituent entities of the Russian Federation (in eight federal districts), with the largest consumers being Moscow and St. Petersburg, the Moscow and Samara Regions, and the Republics of Tatarstan and Bashkortostan. In 2019, the Gazprom Group sold 235.8 bcm of gas to Russian customers, which is 3.9 bcm or 1.6% less than in 2018.

In Russia, PJSC Gazprom supplies natural gas to consumers via its subsidiary, Gazprom Mezhregiongaz LLC. The company sells gas to regional distribution companies which, in turn, enter into contracts with, and directly collect payments from, end customers, including the population. Many regional gas companies operate as a single point of contact dealing with requests for connection to gas distribution networks. Some regional companies maintain customer accounts on their corporate web sites, which helps streamline communications and document workflow.

The quality control of natural gas sold enables PJSC Gazprom to determine the most efficient way of gas transportation and supply based on its commercial and technical properties. The quality of gas supplied complies with GOST 5542-2014 and OST 51.40-93. Once in three years, PJSC Gazprom performs mandatory certification of gas in a specialized accredited institution. Certified products are subject to annual inspection control in line with gas certification rules.

The results obtained are taken into account when developing the programs for better communications with stakeholders.

In 2019, 86 gas infrastructure facilities with a total length of 1,196.8 km were brought into operation, including:

When implementing the Program, PJSC Gazprom is facing such challenges as insufficient regional funding of the measures to be implemented to prepare customers to the receipt of gas, as well as debts for gas supplies.

In 2020, investments under the Regional Gas Infrastructure Expansion Program are expected to stand at RUB 39.261 billion.

It is planned to complete the construction of 141 gas pipelines with a total length of 2,350 km, which will help bring gas to 78,900 households and apartments and 410 boiler houses in 319 localities. By 2020, the gas infrastructure penetration rate in Russia is set to increase by 1.3 p.p. to 71.4%. By the end of 2030, the average gas infrastructure penetration rate across Russia is expected to reach 82.9%.

Dialogue with an expert 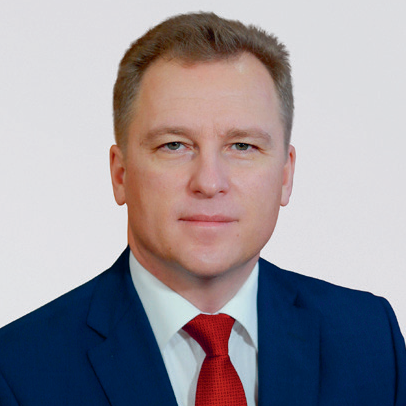 How did you engage with stakeholders at various stages of the Power of Siberia project implementation, including design development, construction and launch?

When the project commenced, Gazprom Transgaz Tomsk signed cooperation agreements with the Governments of the Republic of Sakha and the Amur Region for the duration of the construction and operation periods of the Power of Siberia gas trunkline; these agreements set out the principles of interaction governing the implementation of production and investment programs, coordination of works and performance of environmental reviews, and recruitment of qualified personnel from amongst local residents. We also signed an Agreement on Information Support with a view to gathering project information and keeping regional governments informed about the project in a more consistent way.

To make the most of stakeholder feedback, Gazprom Transgaz Tomsk holds regular meetings with authorities, public representatives, and the media. We discuss such matters as participation of local businesses in Power of Siberia, staff training, gas infrastructure expansion, interaction with indigenous minorities of the North, as well as the company’s social and charitable priorities.

What do you do to support indigenous minorities of the North living in the areas of the Power of Siberia project implementation?

Back in 2016, we signed agreements with six communities of indigenous minorities of the North living in the areas where Power of Siberia was built. These documents aim to protect their traditional lifestyles and crafts and also provide for compensations to cover possible damage to their ancestral grounds. Compensations were paid in due time following necessary ethnological reviews and assessments.

Gazprom Transgaz Tomsk takes an active part in preserving cultural traditions of indigenous peoples, supports national festivals such as Yhyаkh Tuymaady and the Days of the Evenki People.

What social and economic effects has Power of Siberia had on local communities when under construction and once launched? Will it help boost the gas infrastructure expansion?

In 2019 alone, total taxes related to Power of Siberia that were paid to regional budgets exceeded RUB 510 million.

As of the end of 2019, the branches established to support the gas pipeline construction and subsequent operation created more than 1,400 jobs. The plan is to increase this number by more than 1.5 times by 2022. In addition, many branches employ up to 80–90% of their staff locally.

Gazprom Transgaz Tomsk partners with leading regional universities to hold career guidance events and job fairs. As of the end of 2019, 22 students from the Republic of Sakha (Yakutia) and the Amur Region study at higher educational institutions under employer-sponsored training agreements getting ready to be employed by Gazprom Transgaz Tomsk.

The construction of Power of Siberia enabled Gazprom to start expanding its gas infrastructure in the southern areas of the Republic of Sakha and the Amur Region. In the latter, a gas pipeline branch and the Uglegorsk gas distribution station are already built to supply gas to the Vostochny Cosmodrome and Tsiolkovsky Closed Town, and design works are nearly completed for an inter-settlement gas pipeline to be constructed. The plan for 2020 is to finish the design and survey works for future gas supplies to the town of Svobodny. In 2019, infrastructure design works were carried out to provide for gas supplies to the towns of Olyokminsk and Aldan and settlements of Bechencha and Iyengra in Yakutia.

The Programs for Gas Infrastructure and Gas Supplies Expansion in the Amur Region and Republic of Sakha in 2021–2025 are now being agreed. In the longer run, between 2020 and 2035, we expect gas to be in much greater demand from all consumers in these regions. The annual gas consumption is likely to rise from 86.2 to 4,201.8 mcm in the Amur Region and from 0 to 2,491.5 mcm in the Republic of Sakha.

In 2019, the bulk of our natural gas sales went to Western, Central and Eastern Europe, FSU countries, and China.

Despite a highly competitive environment in the European gas market in 2019, PJSC GazpromUnder contracts of Gazprom Export LLC, including volumes sold by Gazprom Export LLC via gas auctions and through trading operations. The 2019 sales volumes include repo transactions for a total of 7.6 bcm maintained its export volumes at 199.0 bcm, nearly on par with 2018 (down 1.4% year-on-year). The reduction in natural gas supplies was mainly driven by weather effects, higher LNG supplies and economic challenges in some countries. In 2019, PJSC Gazprom’s share of gas salesSold by PJSC Gazprom under contracts of Gazprom Export LLC. Including the EU-28 countries, but excluding the Baltic states, as well as Albania, Bosnia and Herzegovina, North Macedonia, Norway, Serbia, Turkey, and Switzerland in European (non-FSU) gas consumption was 35.5%.

FSU countries are second major gas market for PJSC Gazprom. In 2019, PJSC Gazprom sold 36.5 bcm of natural gas in FSU countries excluding Russia, which is 2.4% more than in 2018. The growth was due to higher gas exports to Kazakhstan.

After the Power of Siberia gas pipeline was brought into operation in December 2019, PJSC Gazprom supplied 0.328 bcm of natural gas to China.

PJSC Gazprom exports natural gas to foreign markets mostly under long-term contracts at the prices that depend on both gas prices quoted on trading platforms and global prices for petroleum products.

PJSC Gazprom develops new high-tech trading tools and constantly increases their share. PJSC Gazprom’s proprietary electronic trading platform (ETP) features a number of unique advantages, making it possible to sell gas at both highly liquid gas hubs in Europe and illiquid border points of handover. The ETP provides for an additional gas marketing channel where prequalified and registered companies can enter into natural gas supply contracts from time to time and at various hand-over points. In 2019, a total of 15.14 bcm of gas were sold via the ETP.

In the reporting year, PJSC Gazprom continued to develop its trading operations and entered into its first EFET agreement with Vitol, with the first transaction effected in December 2019. A contract was also concluded with the Griffin Markets gas broker. On top of that, the Company made its first commodity (gas) repo transactions in 2019 for a total of 7.6 bcm of gasFrom August 1 to December 30, 2019.

The Company ramps up LNG production volumes to tap into new markets which are beyond the reach of pipeline gas. The Gazprom Group keeps enhancing its LNG trading portfolio by both implementing its own projects and purchasing LNG from third parties.

Gazprom supplies large-scale LNG to the Asia-Pacific Region (APR) and Europe. The APR is the main destination for international LNG exports from the Gazprom Group’s trading portfolio (69% of supplies). In 2019, the Gazprom Group sold 54 LNG shipments for a total of 3.78 mmt (5.04 bcm), which is generally in line with the sales observed in 2018. The bulk of the Group’s LNG supplies in 2019 went to China (about 23%) and India (about 22%).

In 2019, Gazprom sent its first small-scale LNG shipment by rail from Yakutia to Mongolia.

The Gazprom GroupGazprom Export LLC in collaboration with the Special Envoy to the EU — Gazprom Marketing & Trading France is the only supplier under EU REACH and CLP environmental regulations for 100% of exported products. PJSC Gazprom continuously monitors the environmental legislation in the European Union and elsewhere for new requirements to chemicals. The Company updates product safety data sheets in line with the new requirements, in particular those applicable to classification and labelling, and conducts additional research on the composition and physical and chemical properties of its products in compliance with the European Chemicals Agency (ECHA) standards.

Gazprom intends to maintain its leadership across key export destinations by leveraging flexible market mechanisms and ramping up supplies via cutting-edge gas pipelines working with a minimum carbon footprint.

New additions to LNG capacities will help ramp up export volumes and enhance access to distant gas markets. The share of LNG sales in PJSC Gazprom’s export portfolio is projected to reach 10% by 2030.

The Gazprom Group sold 70.18 million tons of refined oil and gas products in 2019.

In 2019, Gazprom Neft continued developing its own gas station (GS) network. It also enhanced small-scale marketing channels and expanded its product range. As of the end of 2019, Gazprom Neft’s GS network in Russia consisted of 1,458 facilities, including 1,251 facilities owned by the company and 207 facilities managed by franchisees. The average daily sales per one GS in Russia stood at 18.54 tons.

Gazprom Neft’s interaction with all consumer groups, both wholesale and retail ones, lies at the heart of its sales activities. To raise awareness among its customers, the company uses several communication channels, including the Unified Customer Support Center, official social media communities of the Gazprom Neft GS network, face-to-face communication with employees at GS facilities, and advertising.

The comprehensive 360-Degree Quality program launched in 2019 seeks to coordinate the company’s PR and marketing functions, internal and external experts and line personnel at GS facilities for a better fuel quality perception by the customers of the Gazprom Neft retail GS network.

At the gas stations of Gazprom Neft, each customer can get information about the physical and chemical properties of petroleum products on sale, with quality data sheets publicly available and placed at information boards. All GS facilities are subject to additional fuel tests at least once a month. The fuel quality inspections are always conducted without prior notice to GS and retail branch personnel.

2019 saw no incidents of non-compliance concerning the quality and authenticity of the Gazprom Neft’s products.