Dialogue with an expert 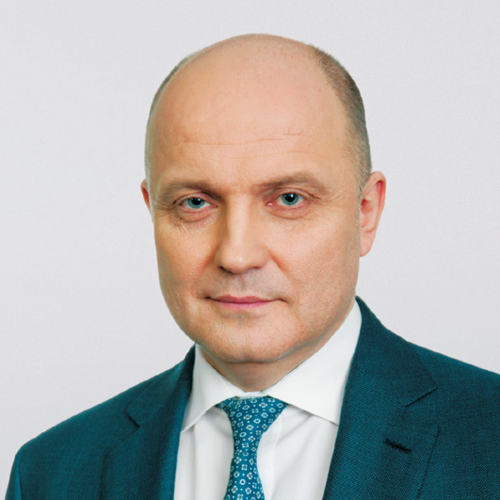 Oleg Aksyutin, Deputy Chairman of the Management Committee and Head of Department at PJSC Gazprom

Who are the key stakeholders in the TurkStream project? How do you engage with them? Could you provide some examples?

Our key stakeholders are government and regional authorities, as well as local communities in Russia and Turkey. These local communities are represented by educational and healthcare institutions, as well as forestry, fishing and entrepreneur associations, to name a few. We maintain regular communications with them, including formal and informal meetings, public events, presentations, and roundtables.

Let me give you a concrete example. In 2019, we opened an information hub in Kiyikoy where one can gain access to the data on TurkStream and talk to the project’s representatives. In Russia, professionals involved in the project held regular presentations at local schools and children’s camps throughout 2019 to nurture relationships with young people in the relevant localities.

Building stable and positive relations with stakeholders and raising awareness of TurkStream’s potential effects and benefits, grievance mechanism and planned social investments is not just part of our work, but also the key to its success.

What grievance mechanism is in place for the TurkStream project?

Stakeholders were made aware of the grievance procedures before the gas pipeline construction even started. We distributed brochures describing the entire process among local communities in each country of the project.

Complaints can be submitted via the TurkStream web site or local engagement managers. All complaints we receive are entered into a single register. Local engagement managers get in touch with the corresponding stakeholders to consider and address their complaint within 30 days. The grievance mechanism will be used during the operational stage as well.

South Stream Transport’s approach and standards with respect to human rights are set forth in the Code of Corporate Ethics, which is to be signed by all its employees. The Code forms an integral part of agreements made with contractors and suppliers, including construction companies.

Have there been any previous cases of compensations to stakeholders for damages caused by the project implementation?

The bulk of claims received from stakeholders during the construction in 2018 and 2019 were related to the project’s impact on animal farms and fishery in Turkey.

For instance, in Turkey, after a special assessment of the economic impact of the construction works on the fishing industry in Kiyikoy, compensations were awarded in 2018–2019 to some 200 Turkish ship owners and divers, as well as to 513 crew members. We also developed and implemented a damage compensation scheme for animal farms, with funds allocated to some 50 farms to pay for animal food, water, and herd management.

The overall approach to assessing claims for damages during the TurkStream construction is set forth in South Stream Transport’s Compensations Management and Livelihood Restoration Program. We are now making sure that all claims related to the construction stage are considered and closed. We have developed a similar framework regulation for the operational stage which helps streamline the company’s approach to compensations or claims for damages (if any).

PSJC Gazprom’s underground gas storage (UGS) facilities are part of the Russian Unified Gas Supply System and serve to manage daily and seasonal fluctuations in gas supplies. They can cover up to 30% of daily gas supplies in peak periods. In Russia, PJSC Gazprom operates 23 UGS facilities in 27 geological structures.

By the beginning of the 2019/2020 withdrawal season, PJSC Gazprom secured an operating reserve of 72.232 bcm of gas and achieved a potential maximum daily deliverability of 843.3 mcm — the highest volume for the last decade and a 36%-rise as compared to the 2009/2010 withdrawal season.

In the medium term, PJSC Gazprom plans to establish a network of high-performance small-scale underground gas storage facilities with a view to enhancing its operating flexibility in peak demand seasons. The daily capacity is set to increase by some 200 mcm by the beginning of the 2030/2031 withdrawal season.