The decline of Gazprom Group's headcount by 3,500 people in 2018 vs 2017 is due to the change of the list of companies included in the Gazprom Group and activities aimed at streamlining the HR structure. 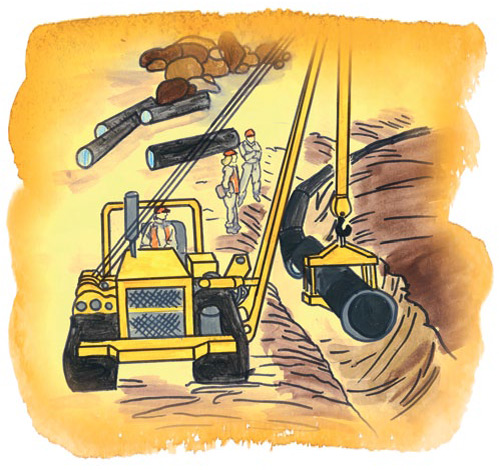 Exploration, prospecting, field development and hydrocarbon production are carried out under the shift system of works in the areas remote from major population centres, predominantly in the regions with harsh climate — in the Far North, in offshore areas and in Siberia.

Gazprom establishes optimal conditions for effective work and comfortable living of the shift personnel: the Company provides delivery from the meeting point to the place of work and back, develops the infrastructure of the shift personnel camps, provides medical and social services, controls compliance with the work and rest schedule. In accordance with the legislation of the Russian Federation, Gazprom pays higher salaries to employees working in the areas with harsh climate conditions.

As of the end of 2018, the total headcount of shift staff at the Gazprom Group was 35,200 people, including 33,800 people working in the Far North and areas considered equivalent to it.

(1) The data is provided in accordance with the average personnel roster. 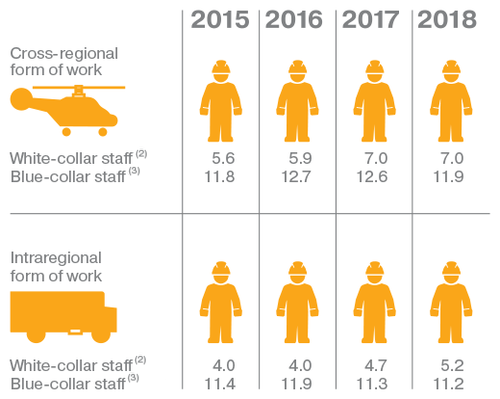 (1) The data is provided in accordance with the average personnel roster.

(2) No data is captured and analyzed in Managers, specialists and other office staff category.

(3) No data is captured and analyzed in Grade 3 (or higher) workers, grade 1–2 workers, ungraded workers category. 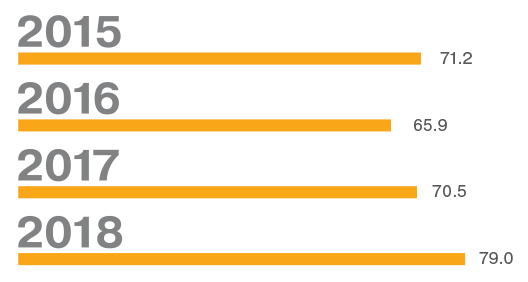 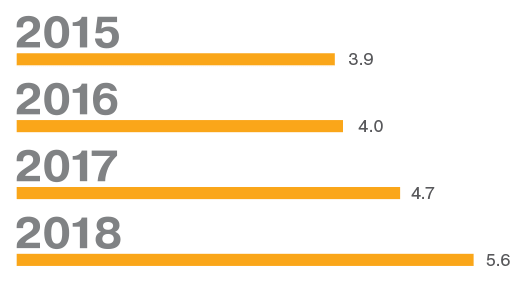 (1) ratio between the number of employees who quitted the organization for reasons included in the turnover reasons (clauses 3 (other than employees dismissed due to retirement), 6, 7, and 9 of Article 77 of the Labour Code of the Russian Federation) and the roster of the organization. 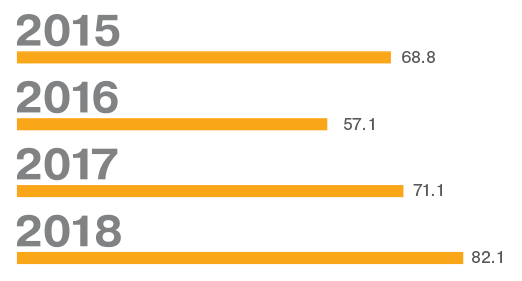 The key Gazprom activities aimed at reducing personnel turnover are defined in the Comprehensive Program for Improvement of HR Management at PJSC Gazprom, Its Subsidiaries and Organizations approved for 2016–2020.

Information on the number of hired employees and quitters, and staff attrition by Federal Districts is provided in Appendix

Question from the representative of the Gazprom Group employees

What age category of employees is in most demand at Gazprom?

Gazprom employees age structure is balanced. The Group companies carry out the HR policy aimed both at attracting young employees and at retaining experienced staff.